The cylinder head is off 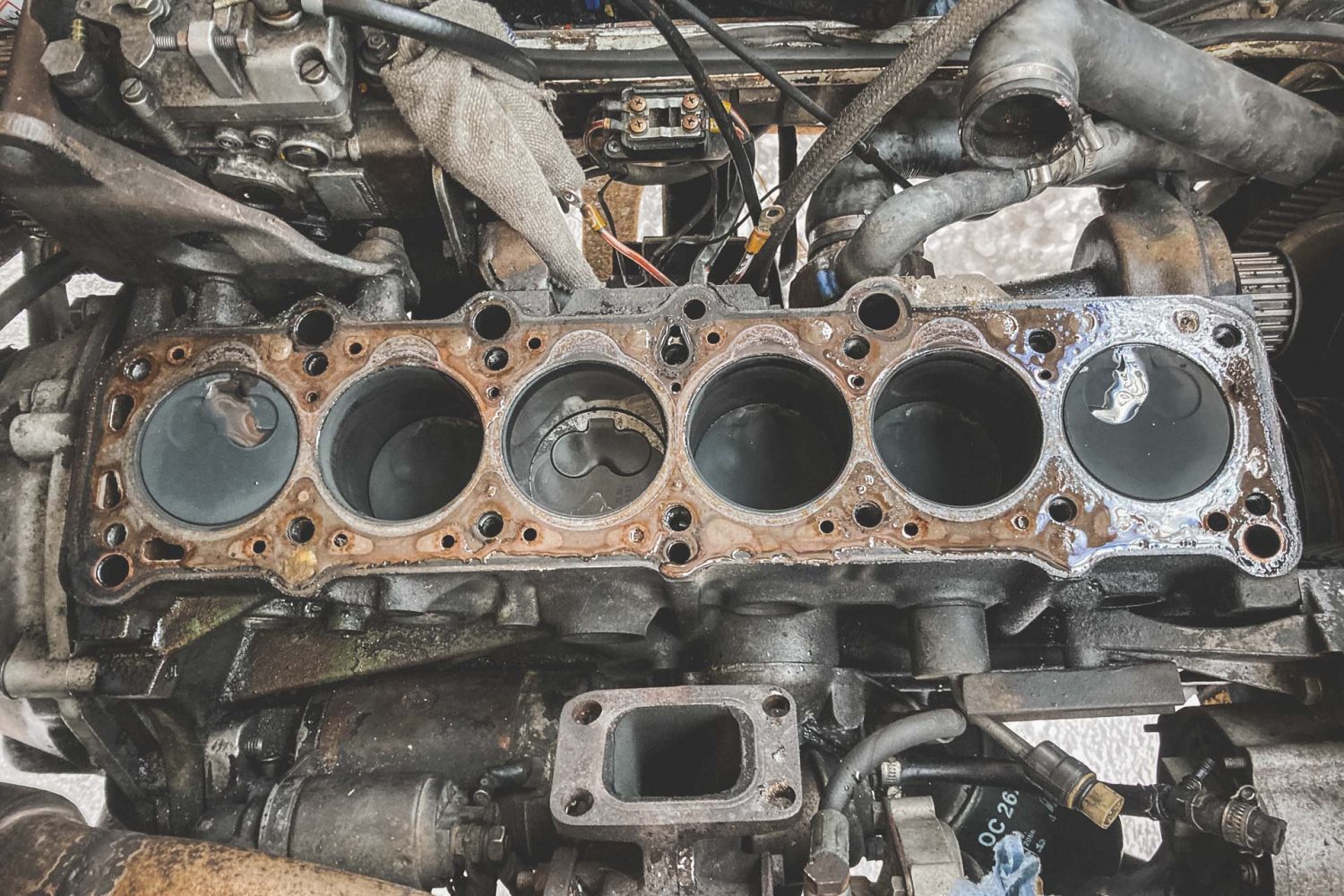 To be able to truly understand the problems of the engine it was time to take the cylinder head off. Only that way we will get peace of mind and be able to really enjoy any future ride with this lovely van.

The reason for the nailing sound

Very fast after removing the cylinder head the reason for the nailing sound came clear: On the 4th cylinder the vales slightly touched the piston. It seems still a very small damage and luckily none of the valves were severely damaged and neither the piston itself.

The reason for that is probably an old timing belt which jumped over at some point and therefore changed the timing of the camshaft and valve operation. As the engine was running smoothly before it seems not obvious that the timing belt was incorrectly installed in the first place.

After a detailed look at the valves it appeared that some of the valve sealing are not working correctly and therefore letting compression escape to the camshaft housing or to the exhaust system.

At this stage it is not easily said if the piston rings are also worn out. Only a extended disassembly of the entire crankshaft area will make that clear. The idea currently is anyway to remove now also the body of the engine from the car and go into further checks as there still seems to be oil leaking around the crankshaft sealing in the front.

Another find was that the pistons have some numbers engraved on them which say “76,98 / Sp 0,03”. I believe now that it means that they are already oversized and the head has been reworked at some point. As the engine has already more than 400.000km on the clock it actually makes sense. Unfortunately the previous owner did not have the van very long and probably was not aware of that thing. Anyway, it is a good sign that the piston rings might be also already changed and therefore still work fine.

The camshaft and valves are working

A quick test about the camshaft and the valves mechanically working gave the impression that everything is fine there in general. I am not a professional mechanic to be able to assess that in detail but at least nothing obvious cam up during that test.

The next, as mentioned above, will be to remove the body of the engine also from the car an continue to check all the details as there are still some other unclear issues (like the oil leaking). Only after a complete check of the engine we will have a good feeling about any next and longer trips with this lovely VW LT van and its 2,4l Diesel engine..

By Phil, April 2, 2022 Philip finds his inspiration in everyday life and finds profound messages even in basic tasks.

Video of the engine running with its nailing sound February 17, 2022
The first longer road trip with the Campervan did not go as planned... October 15, 2021
Quick-fixing cracks in the roof April 16, 2021